I haven’t written in awhile, but wanted to get this up while it was still fresh in my mind (and had some time left at lunch).

Did you know Outlook had a shortcuts feature?  I didn’t (or at least I didn’t remember I did), and this video was the only one I could easily find on the topic.  Ostensibly, it’s used to create shortcuts to folders in Microsoft Outlook that you can quickly jump to.  However, as I found out, you can also use it to jump to web content, including content in Power BI!  Just follow these simple steps –

1. In Outlook (I’m using Outlook 2016), head to the shortcuts pane by finding the ellipsis at the bottom of your left-hand navigation area and choose “Shortcuts”

To start adding web pages as shortcuts, I want to have them organized, so I’m going to right-click on the “Shortcuts” top menu option and create a new shortcut group called “Power BI”.

3. Once I’ve done that, it should look like this –

I can now add a web address as a shortcut, but I need to do this in a slightly different way than you might expect.  To do this, I’ll highlight the url in my browser that’s open like the following –

Not only that, it’s fully interactive and I can (seemingly) do all the same things with my dashboard or report I’d do in a separate browser

I have to be honest – I’m surprised this works as well as it does, and it’s much better than almost any other web page you might pull in there in my limited testing.  And maybe this isn’t that helpful to some folks, but I worked with a lot of former execs who would’ve LOVED to have been to simply to do everything right in Outlook. 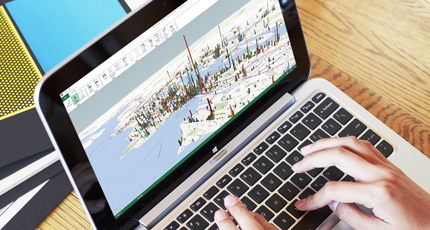